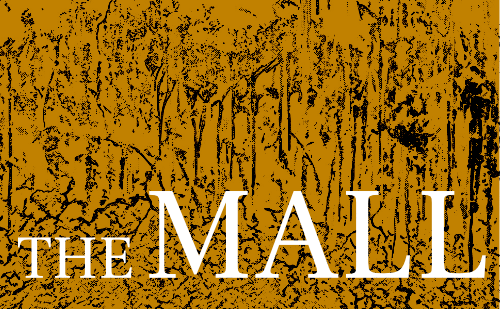 What is The Mall?

The Mall is a wet, gooey, practical effects filled TTRPG adventure set in a 199x mall pulled out of time and space. The mall’s denizens are trapped inside with a creature not bound by any one form. It slithers among them now, preparing to assimilate and imitate its victims until no one is left and it can open a rift between its home dimension…AND EARTH!

The Mall is the first official adventure module for Liminal Horror (3 stat roll under, fail forward TTRPG hack of Cairn) by Goblin Archives for and 3 - 6 players. It is funding now at https://goblinarchives.itch.io/the-mall

The Mall (and Liminal Horror) Links

The art & promotional assets for The Mall can be found here. https://drive.google.com/drive/folders/1RsSVz5fjm0Bhxdh9BbgtoEzrQyQKecd1?usp=sharing

This team is being made possible through itchfunding:

This adventure has been in my mind since I started writing Liminal Horror. I’m obsessed with John Carpenter’s The Thing (1982) and I wanted to find a way to make an adventure that evoked the dread of having others at the table become replaced. It didn’t take long before I realized that the mall is the perfect modern dungeon, and so I had my setting.

Perhaps my favorite parts to come up in play has been the new character generation system. Pretty quickly you are able to create a denizen of the mall that feels flushed out. You then introduce a new shop to the mall and then you do your entanglements (you create a NPC that you have a connection to and then choose another player to have a bond with).

I am also really proud of the Whisper card mechanic. These prompt cards are given out due to narrative triggers. The more reckless/assertive a player is, the more cards they receive (and the more cards the rest of the table sees in front of that player). The contents of the card affect the motives of the player and are unknown to other even to the Facilitator). There are a number of special cards that fundamentally change the character. Knowing that one of your fellow members at the table may be a monster creates an exciting tension throughout.

What People Are Saying

This adventure is The Thing mashed up with your favorite 90s mall. The way the whisper cards handle infection is brilliant, and creates a level of suspense that everyone at the table gets to experience. - Ty, Eldritchmouse

I tested it out with the designer and I like the mechanical additions to the rules-lite framework. Just bolting on a couple key mechanics and relationship mapping onto a familiar OSR situation really tweaks it into an active paranoid horror narrative. Super fun. - Garbage Goat, Artist

Liminal Horror: It gives you all the tools you need to tell the story without overburdening you with a ton of stuff… I think it empowers people who might not feel like they have those to like build on it. It’s really good. - Logan (designer of the Company)

Liminal Horror: There’s so many little things that this game does that um just kind of gives you those immediate little hooks into the character and into what’s going on which um you know it’s like painting in broad strokes with suggestive little detail is something that a lot of good design does…yeah…it’s very minimalist but you come away with a good picture. - Emmy, Dying Stylishly (Ennie award winning writer of Stygian Library, Gardens of Ynn, Esoteric Enterprises, Dungeon Bitches)

If you have additional questions, would like to schedule an interview, set up a time to play with me, or have any other questions please feel free to reach out via twitter at @goblin_archives