Currently ITCHFUNDING the first official module called The Mall. Think John Carpenter’s The Thing (1982) but set in a mall.

Liminal Horror is a rules-lite, fail forward tabletop role playing game with Facilitator and at least two other players. Players act as investigators navigating a modern world full of terrible and unknowable things that hide in the spaces between, looking for a way in.

It was developed as a modern cosmic horror hack of Yochai Gal’s Cairn (itself a child of Chris McDowall’s Into the Odd & Ben Milton’s Knave). Liminal Horror written by (Goblin Archives)

This site also currently houses a collection of resources I found to help guide me through the process of becoming a game designer (who writes their own system, or writes adventures for different systems).

In addition to having the core text available on this site, Liminal Horror can be found:

The github repository for this text can be found here 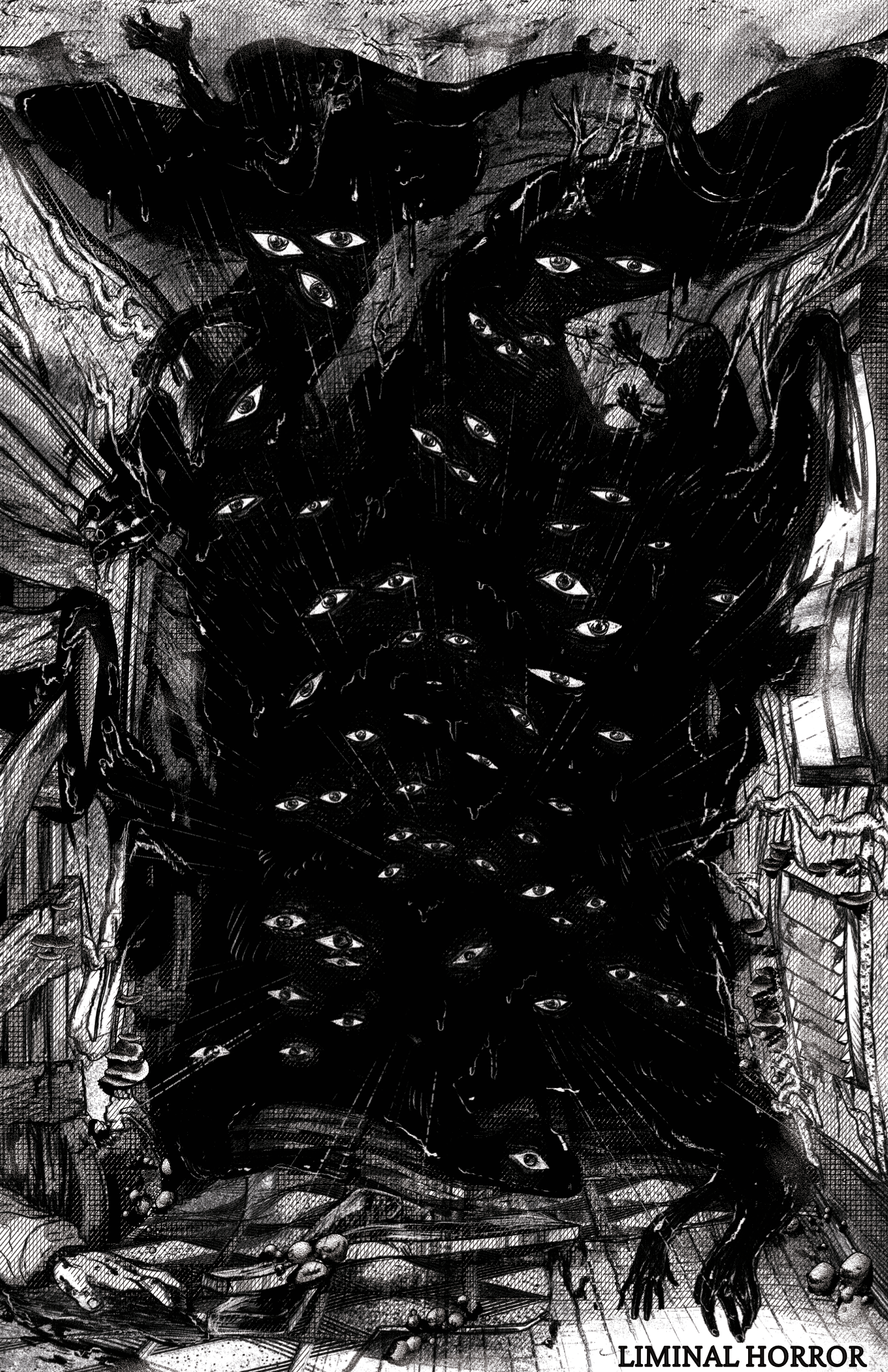